skip to main | skip to sidebar

Growing Up is Stinking Me 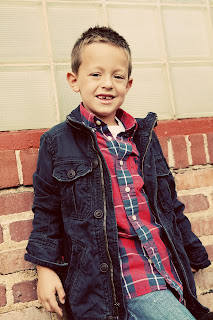 Oh how I never understood those moms who whined about their "babies growing up". Come on ladies, suck it up and let nature have at it. But my case is different, because, well, it is happening TO ME. 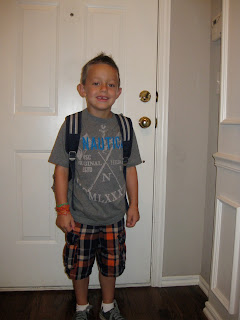 My little honey bunny (his favorite moniker when I say it super loud at the bus stop), Noah is gaining all this confidence and swagger. And while I adore the blossoming (or is that wrong to say for a boy?), my heart is breaking and grasping for time to slow down. I do not want to make him younger...just freeze the time. 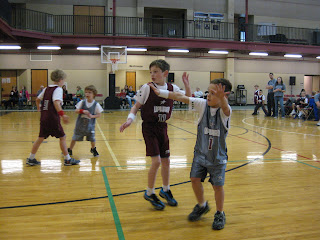 I want to continue to hear him say "We stinked them!" when the other team gets zero points. 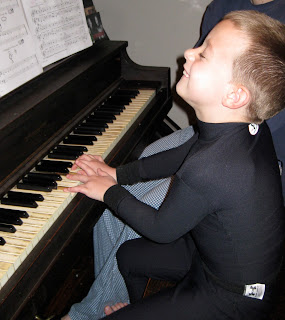 Please let him continue his dream of reuniting his band, The Spies, that played at recess at the beginning of the year. He was lead singer, and his other two friends were drums and guitar. The other members dropped the band for more swinging time, and Noah was greatly disappointed and is still holding out hope for putting a band back together. 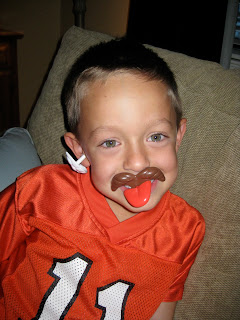 I never want him to stop speaking to Connor in a pitch that is three octaves higher than Mickey Mouse's.

I want him to keep on jumping to crazy conclusions. I excitedly told him that he might have a snow day and he got all upset, because his teacher told him that if they had a snow day, they would have to go to school in June. Noah's conclusion: One snow day = School for the entire month of June.

But I've realized I have to better hide all my lamenting for his littleness. Last year, the night before his birthday, I said in a chipper voice, "This is the last day you will ever be five...let's make it the best day yet". I talked all day long about how special it was for him to be rounding out the last day of his fives. Then I tucked him in that evening and he started bawling, "I don't want to be six, I want to stay five forever." Of course, all my pretending that I was excited for his getting older just translated to him the truth of my heart.


Man how I adore my honey bunny, no matter his age.
Posted by Jenni at 2:46 PM 5 comments: 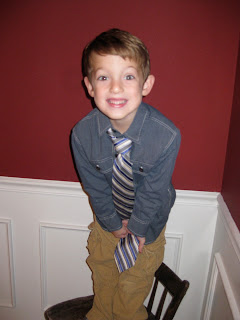 Ian is incredibly enthusiastic about life in general. Whether it is an airplane ride to Washington State, a trip to the swimming pool or finding an extra chocolate chip in his cookie, the possibility of his imploding from fevered excitement is imminent. So I knew that our planned trip to see Santa would create some tremendous jumps and ecstatic whoops of delight. Yes, I said whoops. 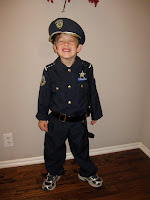 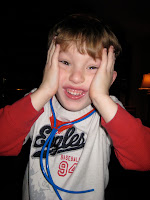 To make it an extra special event, I chose Schlotsky's (we go there so often, I didn't even have to look up the spelling), for our pre-Santa viewing. All day long, Ian chanted about our trip to Schlotsky's and he contemplated what he was to discuss with Santa. All day. All the day long. The day is long and that is how long he whooped it up in anticipation. 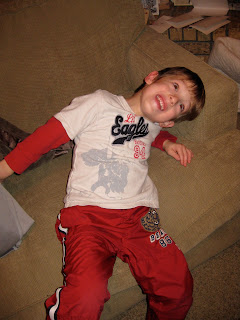 
Finally, we are all eating in Schlotsky's, and I asked Ian, "Are you SO excited about going to see Santa"? (I really, truly enjoy going with him to his zesty world). And he says to me, "I really like eating here right now."


Yep, the four-year old knows how to eat up the current moment much better than I. 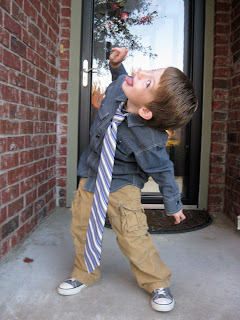 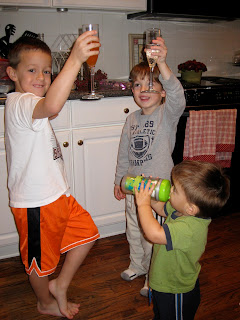 Here's to you 2011! May your goblet overflow with Orange Fanta (or "Phantom" as some middle children call it), Sprite or Completely-Fatfully-Whole Milk.
As are the leanings of new years, I too feel pulled in the direction of creating some goals. While I won't lament all the reasons I posted five times last year (1 year old), 15 times the previous year (newborn for half the year), and 35 times the year before that (family incomplete without precious little C), I plan on beating my 2008 score in these fine 12 months.
As my new friend (and incredible photographer) quoted at  ccmillerphotography.com/blog, "Mothers are the memory keepers" (curse her for the guilt). With that inspiration and my audience of three grandmas, I will entertain myself, and hopefully my boys' future wives (you lucky, lucky women) by my commitment to regular record keeping.
So to recap since my last post, here are a few (hundred) of my fav pics:
Family Mug Shots (clicked by CC Miller)... 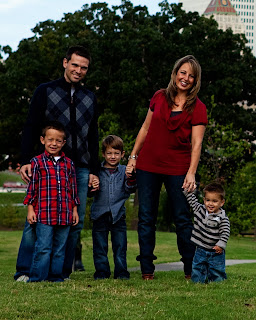 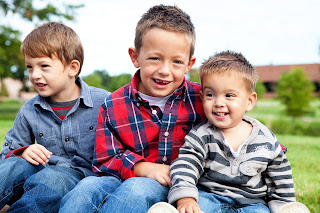 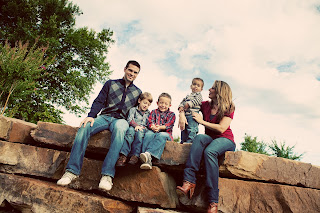 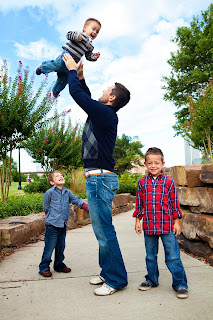 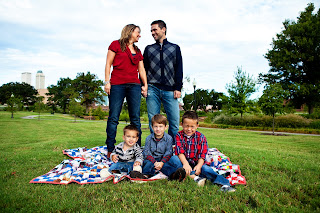 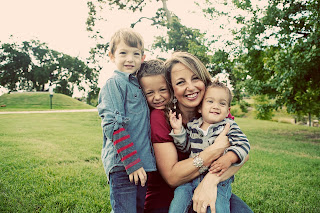 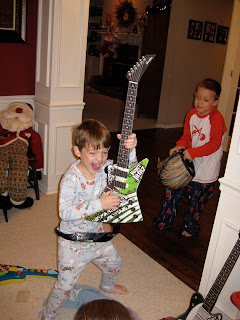 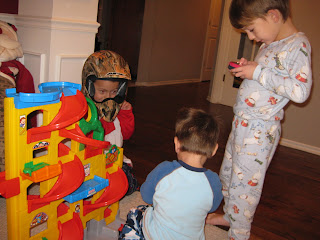 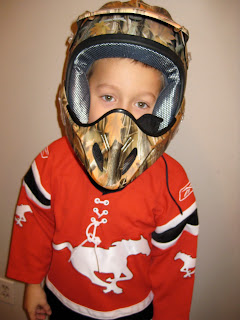 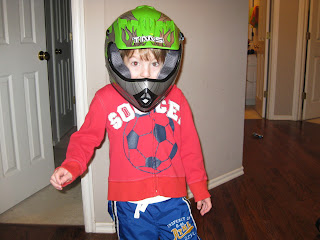